Let the sun shine over your citizen’s future 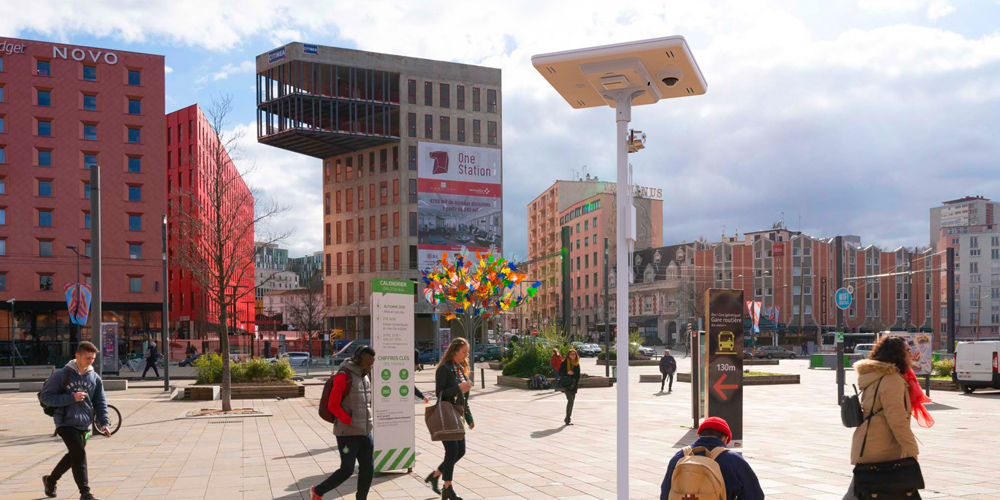 Classic public lighting is a money pit. Until now, the electricity bill for night time exterior lighting could add up to 5% of the gross budget of a city. Then there is the environmental cost of the energy consumed. Electricity is generated with coal, producing CO2 and other harmful residues. Old lighting poles are usually non dimmable, harming fauna’s nightlife and plants life cycles while lighting empty streets and ditches. Solar lighting solutions, on the other hand, are autonomous: they capture the energy they need using photovoltaic cells and store it until needed to deliver adaptive LED lighting according to a set of rules and sensor responses. Moving away from classic light poles to smart solar lighting can be paid in a few months with the immediate savings they generate but can also be done through a « light as a service » contract agreement. Money flows where it’s needed while solar technology deals with the darkness.

A very noticeable use of a great technology

Renewing and extending public lighting by replacing lamp posts is a fast path to bring up collective comforts without generating ground work or circulation trouble. Autonomous solar lamp posts are available in less than six weeks and they can be anchored in the very same spots as the old ones. Then, they become wirelessly adjustable to enhance the whole lighting scheme. As they are almost maintenance-free and neatly designed, they show the nature of change in action while keeping a traditional and non-intrusive appearance to the surroundings.

A clever move to a greater well-being

It’s usually after the decision is made to turn public lighting to autonomous solar that the real benefits show up. We, at Sunna Design, know that it’s not just about the cost savings or the crisp quality of light. Change itself is a positive signal. It brings up the reality of a new era that uses technology to serve better communications and bring extra security to everyone. Autonomous lamp posts are fantastic at bridging low power local areas networks. They can be enhanced to detect unusual signals and report them to first responders and authorities. They provide reassurance and security even during blackouts. They add smart functionalities without the visual aggression of cameras or dedicated sensor systems.

Sunna Design packs all the public lighting know-how to answer swiftly to any level of municipal inquiries. We can claim that we do it much better than others because we initially chose to serve the most demanding and extreme situations while focussing on the human part of the project.